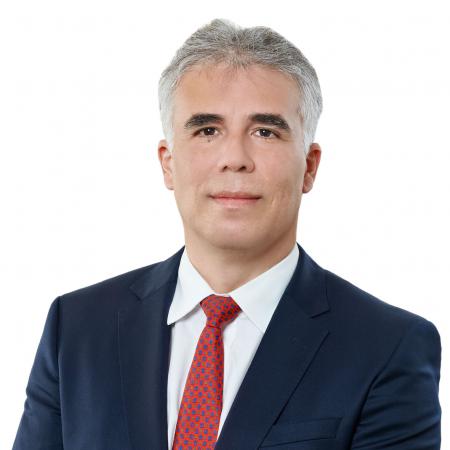 Mr. Aparicio is a skilled corporate lawyer used to advise clients on highly complex infrastructure finance projects, both in the private and public side, with a special focus on the energy, public transportation, roadways, airports, and health sectors.

Mr. Aparicio has outstanding deal management and broad expertise setting up a variety of structures, including syndicated and bilateral, secured and unsecured, and domestic and cross-border financing. He has represented creditors in the biggest and perhaps most complex transactions in Panama in recent years, including the expansion of the Tocumen International Airport; the construction of the first, second, and third lines of the Panama City Metro; the construction of the Cinta Costera phases I, II and III; and the implementation of the Metro Bus, Panama City new public transportation system.

He has a unique insight to the power generation industry and the Panamanian government “green energy” policy favoring wind, solar, gas, and hydroelectric generation, having represented the lenders that have provided financing to over 35% of the total generation capacity of the country.

From 2004 to 2006, the firm granted Mr. Aparicio a leave of absence to serve the Panamanian government as Chief Trade Negotiator of all bilateral and multilateral free trade agreements. In this capacity, Mr. Aparicio coordinated Panama’s participation in the Doha Round of Negotiations of the World Trade Organization and successfully negotiated free trade agreements with the United States, Singapore, and Chile.

From 2006 to 2007, Mr. Aparicio worked for the law firm of Sullivan & Cromwell LLP in New York, participating in capital markets, M&A and project finance transactions.

Director and President of the Compliance Committee of Auto Trust, S.A. (present)

Director and President of the Compliance Committee of Seguros Centralizados, S.A. (present)

He boasts very strong experience in the government sector and project finance.

… a reference in banking transactions

Extremely dedicated to his practice and very knowledgeable.

Estif Aparicio is experienced and reliable, and offers a very strong commercial vision of the market.

Very intelligent and experienced. Always disposed towards serving us and advising us.

Estif Aparicio is a genius. He always has an answer to any issue that crops up in a banking and finance transaction.

He is great; he's a standout lawyer for financing and one of the most valuable partners there. He is a go-to lawyer if you're looking for lenders' counsel.

A great negotiator and a very knowledgeable lawyer

He is a very knowledgeable lawyer with top-tier experience in the banking area, particularly handling regulatory matters